International concern over the need to establish a Middle East Zone Free of Nuclear Weapons and Weapons of Mass Destruction (WMD) is not attracting enough attention. The failure to date to reach an international arrangement over the Iranian nuclear program, the problems created by Israel's nuclear ambiguity policy, the fear of a nuclear arms race in the region, and the pushing of radical Islamic groups to the corner are increasingly posing a threat to regional security and stability in the Middle East.

Public opinion in the Middle East is focused more on daily life and politics. But this fact by itself should make us more worried. Neglecting or underestimating this danger will not make it vanish. On the contrary, it makes us all more vulnerable.

The Palestine-Israel Journal (PIJ) is interested in keeping this issue alive on the regional and international agenda. In March 2010, we devoted an issue of the PIJ to this topic, and since then we have be
read more ... 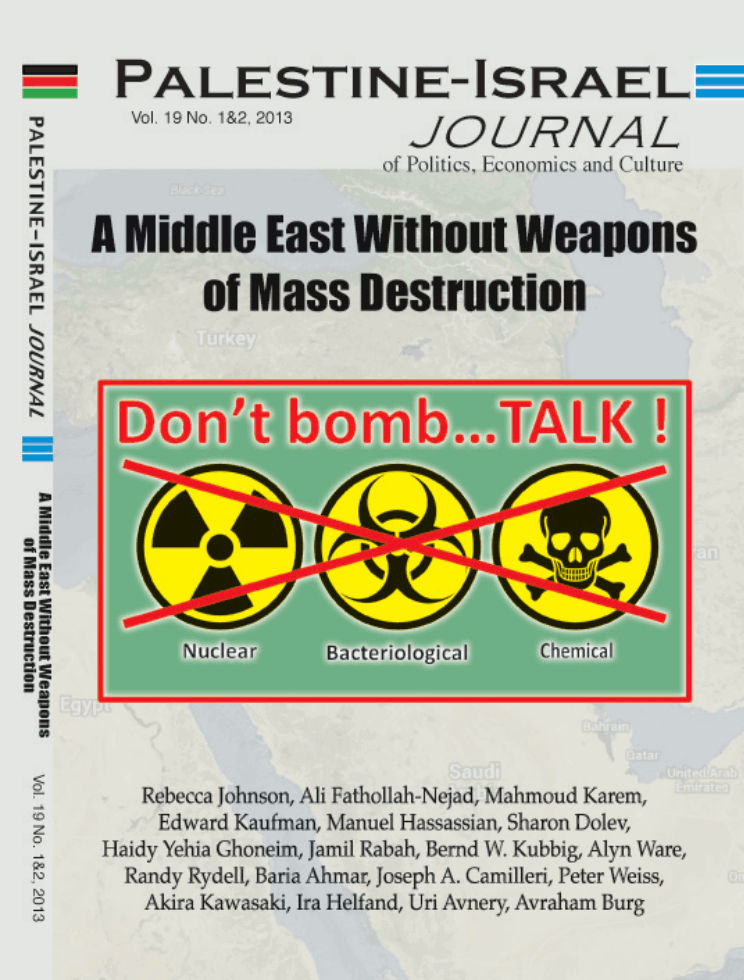 © 2023 Palestine-Israel Journal. All Rights Reserved. Articles, excerpts, and translations may not be reproduced in any form without written permission.