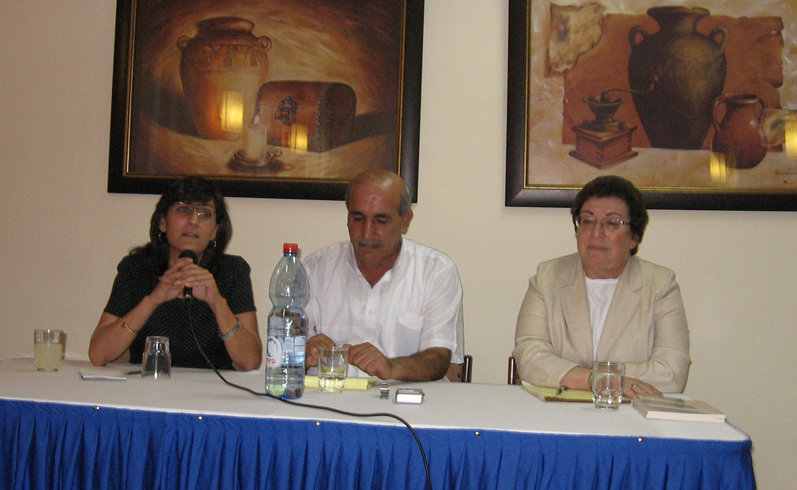 From left: Terri Boullata, Nazmi Ju'beh and Naomi Chazan
Although it has not driven Arabs from East Jerusalem, Israel’s Judaization policy has ravaged the economy of the city’s Arab neighborhoods. "Forty years of one Jerusalem is a tale of two cities," Chazan said, "a Jewish city that has expanded and grown and developed, and a Palestinian city that has almost stood still for sixty years." But this ostensible growth is seen only relative to Arab sectors, as Jerusalem remains the poorest city in Israel for the second consecutive year. "Most of the West Jerusalem residents are the orthodox, who don't add to the GNP of the city," said Boullata. This is compounded by the flight of secular Jews to more moderate cities, such as Tel Aviv. "We are left with the poor on both sides," she added. Chazan and Boullata held the same vision for Jerusalem’s future: an open, shared city with separate sovereign capitals for two nations. For the contentious issue of the Old City, Chazan recommended codifying the modus vivendi since 1967: Muslim control of the Temple Mount and Jewish control of the Western Wall. "It's so simple it just might work," she said. 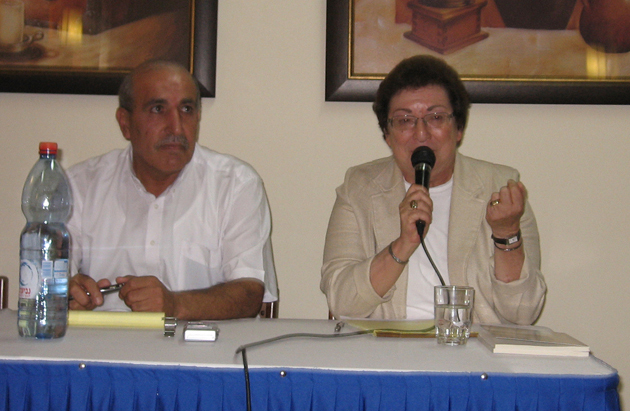 Prof. Naomi Chazan addresses the crowd.
The panelists agreed on the necessary role of civil society both in pressuring local and national government towards reconciliation, and in exemplifying interfaith unity. "Civil society can present an alternat[ive] way of how Muslims, Jews and Christians can live here," Chazan said. Boullata also called for outside intervention to resolve Jerusalem’s divisions. "We need the will of the international community," she said. Chazan concluded the session by linking the future of Jerusalem with the wider issue of Palestinian nationalism. "Without a Palestinian state," she said, "I fear for the future of Israel and its character."