Between 2010 and 2015 I was one of a number of Israelis who had meetings with Iranians in third-party countries – in Germany, Austria, the UK, Cyprus, Greece and on the Japanese Peace Boat in the Mediterranean Sea. During that period there was a series of regional encounters seeking to promote the idea of a Weapons of Mass Destruction Free Zone in the Middle East, with civil society representatives from all the countries in the region. Some of them were convened by Dr. Bernd Kubbig of the Peace Research Institute Frankfurt, some were held in the context of facilitation led by the Finnish Under Secretary of State Jaakko Laajava, and one was convened by an Iranian-born German Professor Mohssen Massarrat, with the aid of the German branch of International Physicians for Prevention of Nuclear War (IPPNW), who convened a Conference on Security and Cooperation in the Middle East. They were held in the build up towards the 2015 NPT (Treaty on the Non-Proliferation of Nuclear Weapons) Review Conference, a conference held at the UN in New York every 5 years.

Among the Iranians who participated in the encounters were academics, former diplomats and civil society activists. Not only did we engage each other around the conference tables, we also had meals together with informal talks. 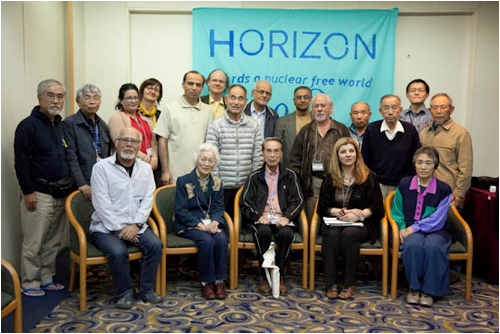 Egyptian, Israeli, Palestinian, Jordanian, Lebanese and Iranian participants in the Horizon 2012 initiative on the Japanese Peace Boat, together with Hibakusha survivors of the bombing of Hiroshima and Nagasaki, who testify about the horrors of nuclear war at every port (Photo: Japanese Peace Boat)

War clouds looming on the horizon

I look back at these encounters in the context of today’s news and headlines. We know that Iran has a military presence in Syria, and during the past few months five strikes against sites in Syria associated with Iran have been attributed to Israel. This weekend Haaretz military correspondent Amos Harel writes that the “IDF thinks it can punish Iran and avoid war,” while Nahum Barnea writes in Yediot Ahronot that “The security leadership in Israel is united around moves whose goal is to drag Iran into a military confrontation.”

And of course earlier in the week we had Prime Minister Netanyahu’s show of 50,000 files that the Mossad stole from Iran, revealing that they had a secret nuclear program before 2003, something well-known to all concerned with the Iranian nuclear program and one of the driving motivations for achieving the Iran deal, the Joint Comprehensive Plan of Action (JCPOA), which almost all Israeli, American and international experts believe is working and successfully halting any Iranian progress towards a nuclear weapons potential.

Everything is building up to Saturday, May 12, when President Trump has to decide whether or not to extend American support for the Iran Deal.

Netanyahu’s show was intended to convince Trump to withdraw from the deal, against the advice of his own Secretary of Defense James Mattis, and of IDF Chief of Staff Gadi Eisenkot, who says that “right now, the agreement, with all its faults, is working and is putting off the realization of the Iranian nuclear vision by 10 to 15 years.”

“The Iranians have not attacked anyone in the past 1,400 years”: IDF Chief of Staff Eisenkot

As a result of the current tensions, the average Israeli is concerned about the possibility of an Iranian attack against Israel. It is important therefore to note a comment by IDF Chief of Staff Eisenkot in a Passover holiday interview he gave to Yedioth Ahronoth. When asked about the fact that a recent preparatory military exercise in the north tested the need to face the possibility that missiles would be fired at Israel from Iran, he responded:

“In my view, the Iranians have not carried out an attack initiative for the past 1,400 years. I think that the possibility that Iran will fire missiles against the State of Israel is very low. The exercise was geared towards measuring the capacity of the enemy, not its intentions.” 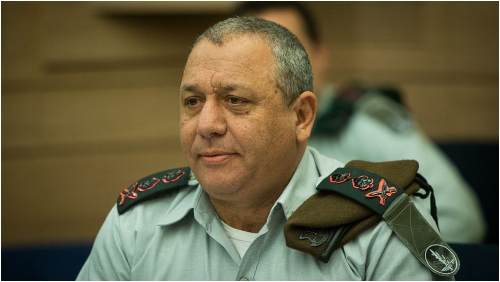 IDF Chief of Staff Eisenkot: “Iran has not attacked anyone in the past 1,400 years”

Unfortunately, the Chief of Staff’s observation only appeared in the print edition of the Hebrew daily, did not appear online in Hebrew or in English, and it deserves much broader circulation. The fact is that all of the recent Iranian comments about the possibility of attacking Israel have been threats of retaliation if they are attacked.

Iran actually was attacked four times in the 20th century: 1) By the British, Russian, Ottoman and German armies during WW I; 2) By the British and the Soviet armies during WW II, despite the fact that the Iranians declared neutrality in both world wars; 3) In 1953 by the Americans when the CIA overthrew the liberal regime of Prime Minister Mohammad Mossadegh which had dared to nationalize Iranian oil; and 4) By Saddam Hussein and the Iraqis with chemical warfare between 1980-1990, with the support of the Americans.

A Peace Museum in Tehran for Victims of Chemical Warfare

During the Iran-Iraq War, it is estimated that between 50,000 and 100,000 young Iranians were victims of Iraqi chemical weapons, including at least 20,000 killed. How many people know that there is a museum devoted to the victims of chemical weapon warfare in Iran, The Tehran Peace Museum? I met the founder of the museum, twice, at the regional conferences on the Japanese Peace Boat. He told me that it was his generation that was decimated by the Iran-Iraq War, and his peers were the targets of the nerve gas attacks. He even wanted to include the Nazi Holocaust gas chamber victims in the museum, but was told that the conservative Ayatollah regime might be upset by that.

We know that Iranian demonstrators, usually organized by the conservative Revolutionary Guards, shout “death to the Zionists,” and we periodically hear Iranian generals saying that Israel should be “wiped off the map” and they provide arms to Hezbollah. However, Iran officially supports the 2002 Arab Peace Initiative (API), the development of the Saudi peace plan supported by the 22 members of the League of Arab States, which declares an inter-Arab readiness to recognize Israel and have normal relations with it in exchange for an end to the occupation and the establishment of Palestinian state alongside the State of Israel, with an “agreed upon solution (with the Israeli government) to the Palestinian refugee problem.” In May, 2003, the 57 Muslim member states of the Organization of Islamic Cooperation, at a meeting hosted IN TEHERAN, expressed its support for the initiative.

In addition, the Iranian leaders have repeatedly stated that they will accept whatever agreement the Palestinian leaders work out with Israel.

In all of my meetings with Iranians, I always said that we – Israel and Iran – were allies in the past, and we will naturally be allies in the future. When I asked what has to be done in order to reach that point, the response always was that it has to begin with an Iranian-American rapprochement. An Iranian-Israeli rapprochement can then follow.

The engagement between Secretary of State John Kerry, Under Secretary of State Wendy Sherman and the other Americans with Iranian Foreign Minister Mohammad Zarif and his colleagues which led to the Iran Deal was supposed to be the beginning of a process. It was supposed to lead to a return of Iran to the international community, which would include a rapprochement with Israel. The goal did not have to stop with a halt to the Iranian nuclear weapons program. It could lead to a regional security arrangement for the benefit of all the countries in the greater Middle East as envisioned by Prof. Massarrat. This would include a halt to Iranian missile development and proliferation and their support for proxies like Hezbollah and to a lesser degree Hamas.

The problem is that President Trump finds it difficult to accept and develop on any achievement by his predecessor.

There is a struggle going with Iran, between liberal forces led by President Rouhani who wants to focus on developing the Iranian economy, and has tried to make some limited overtures to Israel like sending a Rosh Hashana greeting to the Jews of the world, and the conservative forces led by the Supreme Leader Khamenei and the Islamic Revolutionary guards.

Won’t threats of military confrontation strengthen the hand of the conservative forces?

Needed: Initiatives to Talk from Trump and Netanyahu 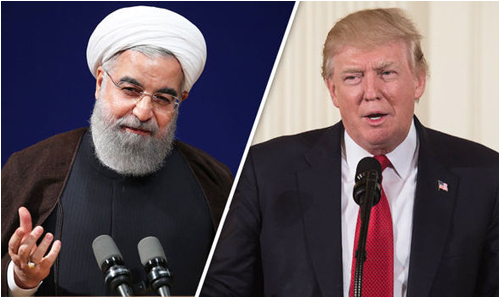 Is it totally inconceivable that Prime Minister Netanyahu would issue a challenge to President Rouhani to meet with him to resolve their differences in a peaceful manner, for the benefit of both the Israeli and the Iranian peoples? Is he incapable of following in the footsteps of his Likud predecessor Prime Minister Menachem Begin when he met with Egyptian President Anwar Sadat, leading to the end of the conflict between Israel and Egypt? If Netanyahu is incapable of doing this, then hopefully we Israelis will have the sense to elect an alternative leadership that will.

We should remember that before Sadat’s historic visit to Jerusalem, he was vilified by the Israelis as a pro-Nazi sympathizer. Afterwards he became a hero of peace.

It’s not too late to talk.

This article originally appeared in The Times of Israel:http://blogs.timesofisrael.com/an-alternative-approach-to-iran-talk-to-them/