The Role of the International Community

Dr. Daniel Kurtzer: Now is the time to move away from analysis and into action. Whereas the U.S. has exercised a significant role in the Israeli-Arab peace process in the past (specifically with [Menachem] Begin and the peace process with Egypt), since the ’90s, the U.S. diplomatic role has taken on one of two characteristics: 1) as unsuccessful (during the Clinton administration); 2) as a negative influence (during the Bush administration). In the last seven years since the second intifada broke out, we have been in paralysis. The current situation denotes paralysis in terms of diplomatic action, since Palestinian society must deal with its internal crisis before it can re-launch its efforts in the peace process, and Israeli society must deal with its own internal crises, specifically the aftermath of the Second Lebanon War. 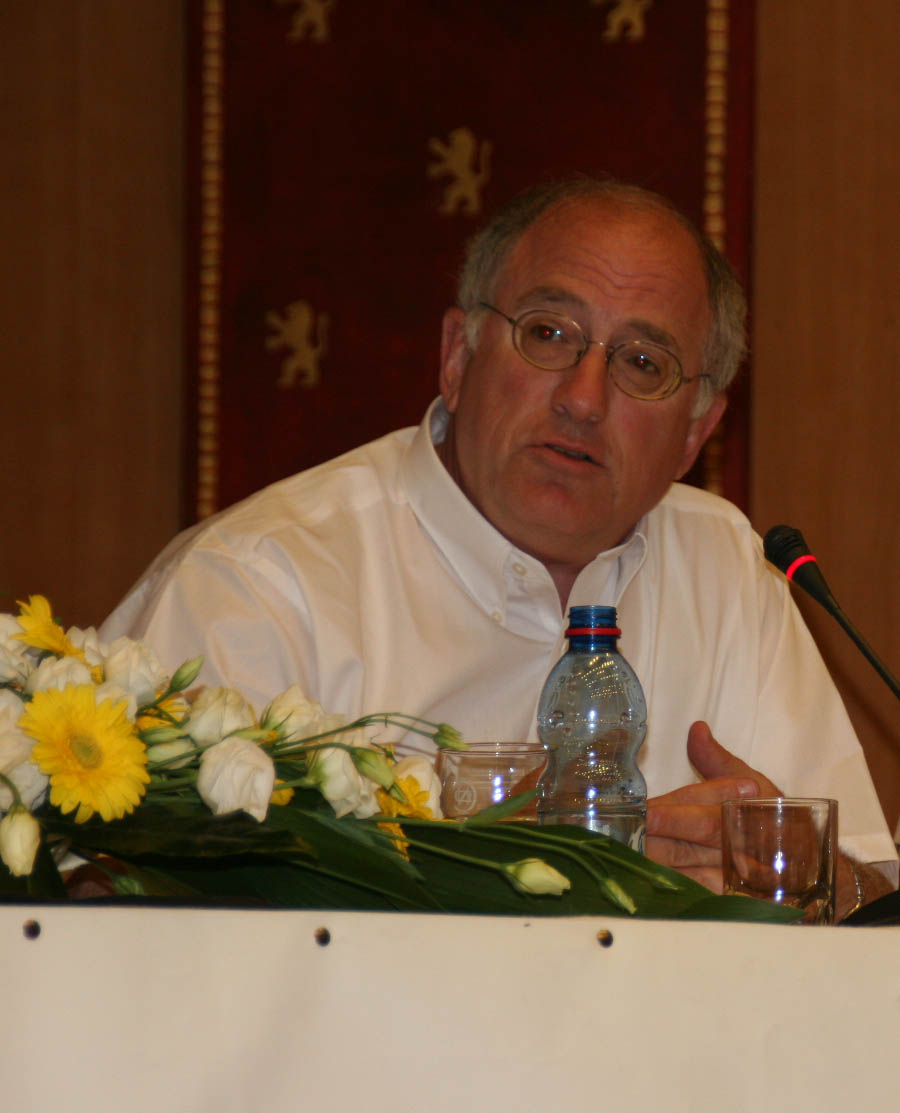 There now exist two significant factors which could encourage new diplomatic pathways to resolving the conflict: The first is the Arab Peace Initiative, which represents a cosmic shift in the views of Arab states toward the Israeli-Palestinian conflict: They are now willing to live in peace with an Israel that defines its borders along the 1967 Green Line. Israel does not have to accept the Arab proposal, and should, in fact, develop its own document, and then bring their initiative to the table, rather than turn down the Arab League proposal outright. The second factor is the Syrian overtures toward peace. It is not yet a fully mature initiative, and many question still need to be dealt with, but this may be an opening through which to resume the process. In order to re-launch diplomatic channels for peace, we must have local leaders who can grab this moment and take steps to re-launch the peace process. The international community must be fast and agile to help align the factors needed for the peace process: achievability, viability, acceptability. Prof. Shlomo Ben-Ami: Diplomacy failed for two reasons: 1) It was not accompanied by monitoring sanctions or any system of supervision; and 2) there was no clear political vision. The Israeli-Palestinian dispute cannot engage in an interim agreement without a precise political horizon and vision. The reason for the failure of the peace process, and specifically of Camp David, was that the two parties and the two political systems cannot come to a bilateral agreement because the two political systems are incapable of carrying out historical decisions. If we do not have politics, we do not have diplomacy. Politics is the axis and our systems are incapable of it. I am disappointed in the actions of the international community since Hamas' 2006 electoral victory, and in the boycott of both Hamas and the unity government. For the peace process to be viable and credible, its future is dependent on both Hamas and Fateh. Israelis believe they can drive a wedge between Gaze and the West Bank, Hamas and Fateh, but a peace settlement will depend on negotiations with both — extremists and moderates must both be considered and involved. 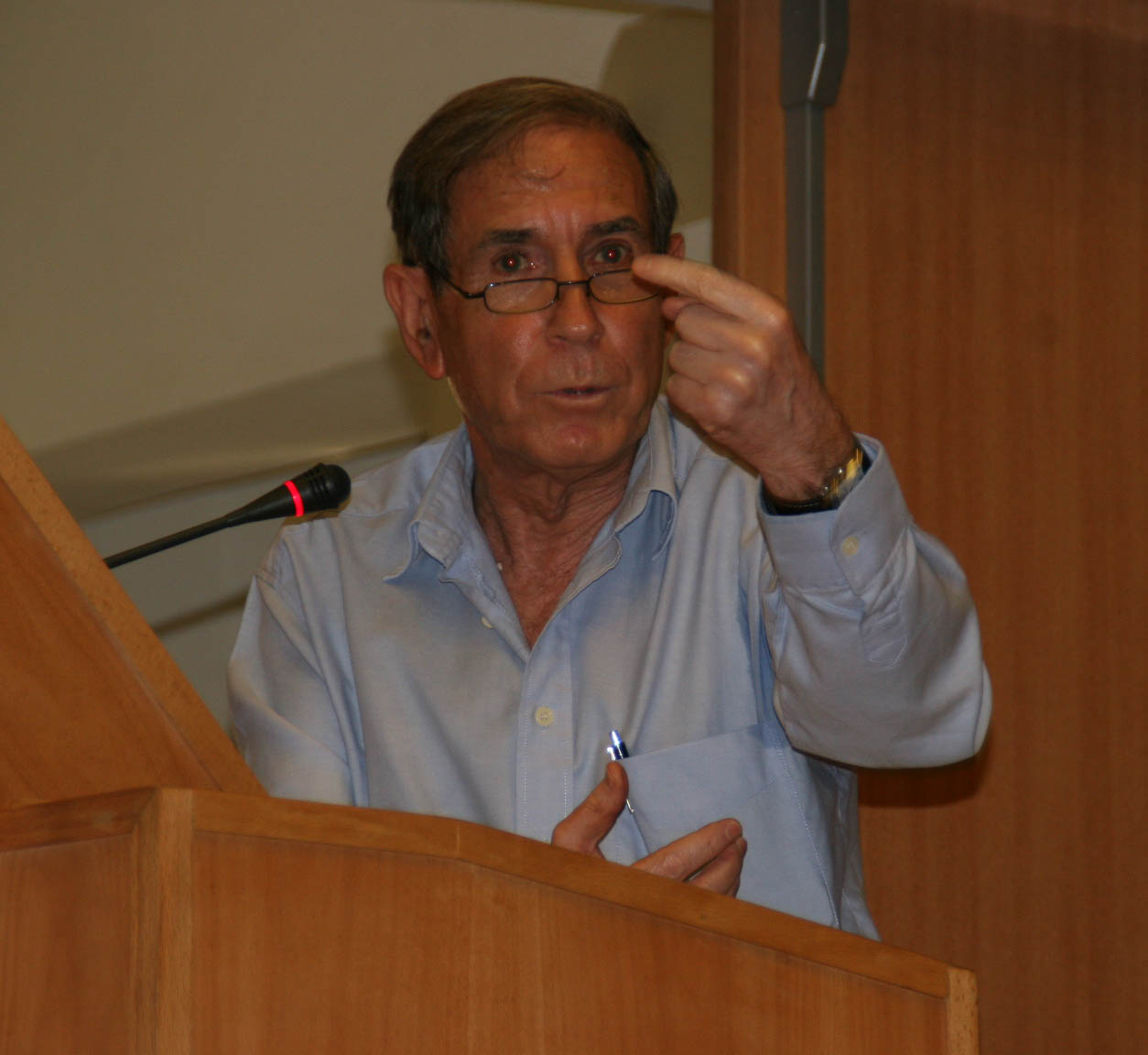 Any peace process with Arab countries must be based on strict demilitarization, but the parties are not ready yet. What the parties require is a stability plan that includes both Hamas and Fateh (and all other Palestinian factions). There is a need for a ceasefire from all factions … and for a withdrawal of Israeli forces from cities [with minimum ambiguity] from cities [that were reoccupied]. This is where Tony Blair can fit into the process by initiating a ceasefire with the international community there to monitor its outcome. This should be done not only by the EU but with Arab states as well. Simultaneously, we can start negotiating the final status of a peace agreement. The two parties, left to themselves, will not be able to accomplish this. The international community needs to be involved in both the production as well as the supervision of the peace initiatives, negotiations and agreements. The NGO culture of peace building doesn’t work in the reality of the conflict where we have an occupied people and an occupier. In the Oslo years, part of the idea was that we would make love, then peace. But I think we need to have it the other way around: “First make peace, then love.” Dr. Saeb Erekat: I would like to remind everyone of the genuine role of the international community: To ensure the fulfillment of humanitarian needs in Gaza. There are 5.5 million Gazans suffering through the crisis of the Hamas military coup; the humanitarian organizations can’t keep up. It is thus the first thing the international community must take care of—before the politics, they must look after the people. My participation in building diplomacy, in re-launching the peace process stems from my own interests, and this is how everyone should see it. I’m not doing you a favor; I’m doing it for my interests, my society, my children. This will therefore not end in a zero-sum game. But we are currently in a lose-lose situation. 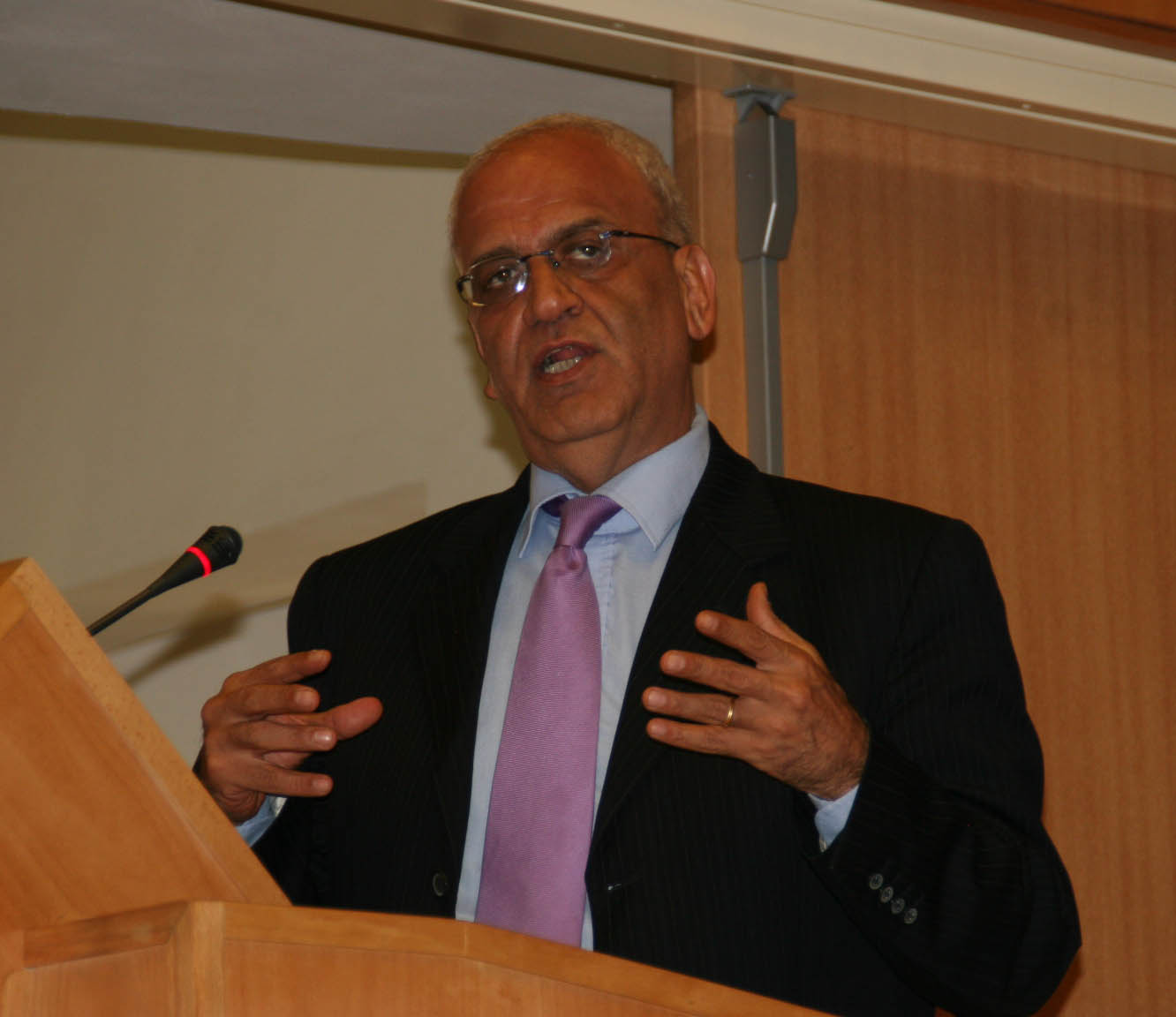 Conflict between people is influenced by history and by belief — the context is important. And there has been a paradigm shift in that context — even in my own lifetime: In 1991, I saw a 15-year-old Palestinian boy get shot for throwing a Palestinian flag at a wire fence surrounding a settlement compound. Today, when I went with Abbas to visit Ehud Olmert, there was a Palestinian flag hanging to welcome us. We don’t need to negotiate anymore, we need decisions. Palestinians and Israelis cannot be forced by others to negotiate for peace; we need to decide for ourselves that we want peace. I see three options for Israelis: a one-state solution, where Israel takes over; a three-state solution, with a separate government in Gaza and a separate government in the West Bank; or a two-state solution with ’67 borders. For the Palestinians, who are the disadvantaged negotiators, I see one option: a two-state solution on the ’67 borders, with negotiated aspects on the right of return and control of the Old City. As for the international community, they can help by providing a monitoring system, as well as incentive and support for "the day after." We cannot make peace by saying everyone isn't ready. Hamas will not have veto power over the peace process. Elected governments must continue to uphold previous governments’ commitments. And it is time for the U.S. to change their policy of what is possible to what is needed, that is, to make a precise action plan. Options are limited, but we don't have a lot of time. If lights are turned off in this region, there’s no way to know in which century they will be turned back on.