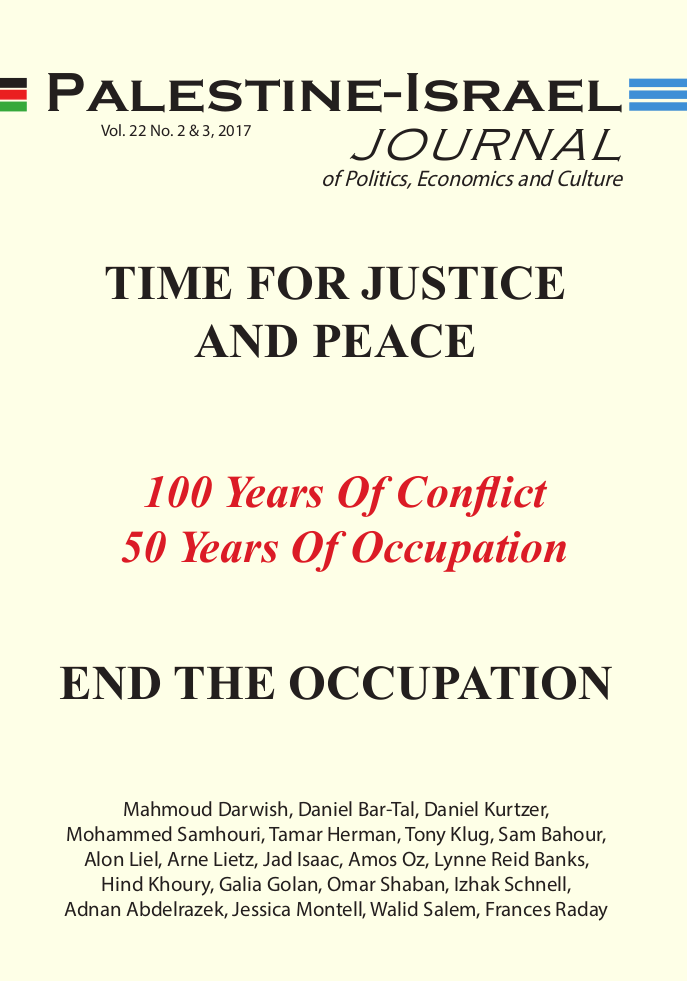 June, 2017, marks the 50th anniversary of the 1967 War and the occupation of the West Bank, the Gaza Strip, East Jerusalem and the Golan Heights.

While the most right-wing government in Israeli history will be celebrating “Israel’s glorious victory in the Six Day War and the liberation of Judea and Samaria, the Golan Heights and the Jordan Valley” and the “reunification of Jerusalem,” many others in Israel/Palestine and in the international community will be marking 50 years of occupation and of the deprivation of basic human rights from the Palestinian people in the Occupied Palestinian Territories (OPT). In December 2016, the United Nations Security Council emphasized its commitment to ending the occupation when it passed UNSC Resolution 2334, which reaffirms “the inadmissibility of the acquisition of territory by force.” The resolution expressed “grave concern that continuing Israeli settlement activities are dangerously imperiling the viability of the two-state solution,” and it called for an “acceleration of international and regional diplomatic efforts and support aimed at achieving, without delay a comprehensive, just and lasting peace in the Middle East.”

In the summer of 1967, while most Israelis were euphoric, and most Palestinians in a state of shock, a few farsighted Israelis like Prof. Yeshayahu Leibowitz and the then-young writer Amos Oz were already warning about the danger and consequences of the occupation of another people against its will.

Many people saw the occupation in its early days as a temporary phenomenon, a bargaining chip to help resolve the conflict based upon the “land for peace” formula. However, the fact that over 600,000 Israeli settlers now live in the West Bank and East Jerusalem, on the other side of the 1967 Green Line, raises serious questions about whether it is still “temporary.” If this is becoming a permanent situation after 50 years, then either the occupation has to end or the Palestinians should be given full equal rights.

The ongoing occupation is eroding the foundations of Israeli democracy, while leaving Palestinians, particularly the younger generation, with a sense of pessimism and hopelessness — which can lead to acts of desperation.

Given that we are in the midst of a critical struggle over the future for both Israelis and Palestinians, this issue of the Palestine-Israel Journal is devoted to “50 Years of Occupation — Enough!” Our goal is to examine the impact of the 50 years of occupation on all aspects of life in both societies, and to create a resource of analyses and recommendations by major Israeli, Palestinian and international writers and thinkers to be used in the struggle to end the occupation. The struggle must continue to ensure that both Israelis and Palestinians can live a dignified and free life, with an independent Palestinian state in the West Bank and Gaza, with East Jerusalem as its capital, alongside the State of Israel, based upon the 1967 borders, living in peace and security. Time is running out on the two-state solution, though it remains the only viable solution to the conflict. Today’s reality is not a bi-national one-state situation, but rather one state dominated by Israel with a de facto apartheid-like reality in the West Bank, a clear recipe for ongoing conflict.

We call upon forces within the Israeli and Palestinian peoples, with the aid of the international community, to develop and promote strategies that will generate genuine progress towards ending the occupation and achieving a durable and just peace as soon as possible. This issue is our contribution to that struggle.