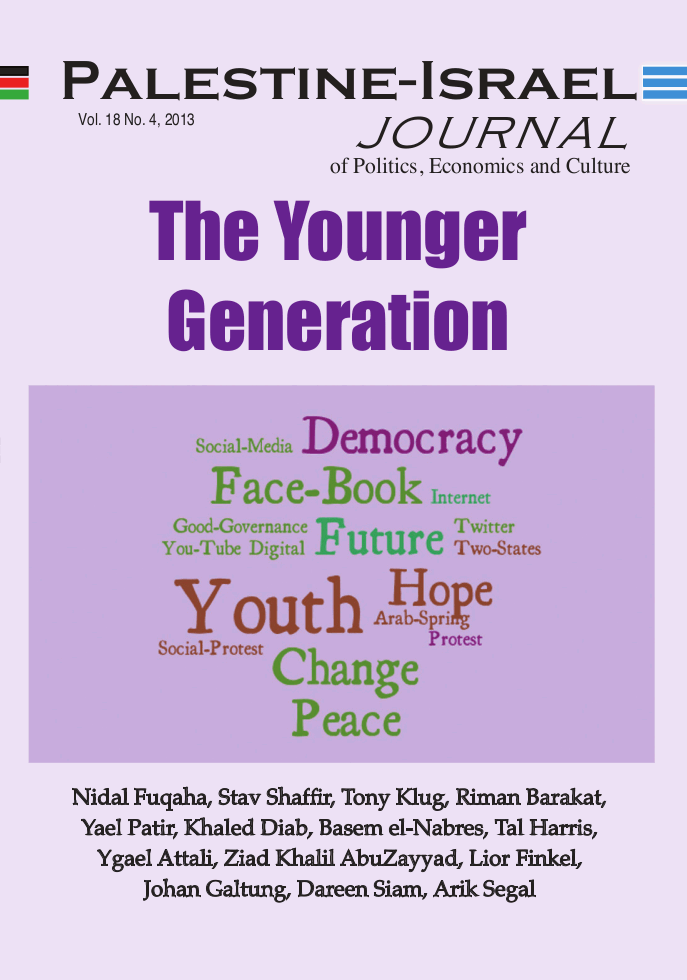 Johan Galtung
Johan Galtung is a professor of peace studies and is considered the founder of the modern discipline of peace studies. He founded Transcend – A Peace and Development Network for Conflict Transformation by Peaceful Means (1993), and he is also the founder of the Peace Research Institute, Oslo, and the Journal of Peace Research. Dr. Galtung was granted the Right Livelihood Award (the “Alternative Nobel Peace Prize”) in 1987.

History was made in the United Nations on November 29, 2012 vote: 138 for giving Palestine "non-member observer state" status in the UN, only nine against, and 41 abstentions. Beyond Middle East politics, the vote also mirrors the limits to the United States' global and Israel's regional empires: 138 defy their grip and favor change, while 41+9=50 vote no to change for various reasons. A crucial vote on a crucial issue is a crucial test. Who wants what?

First, the Organization of Islamic Cooperation (OIC), Muslim and Arab nations: None yielded to U.S.-Israel, in spite of their efforts against the Arab Awakening. Israel is alone in the region: Greece, Turkey and Cyprus all voted yes. Next, nations involved in disputes over non-self-governing territories: Spain and Morocco over Sahrawi (Western Sahara) and India and Pakistan over Kashmir.

Second, more than half of those not in favor (abstentions) were from Eastern Europe and the Pacific, with the rest from Latin America, Africa and Asia (not Japan).

Third, Western Europe-NATO was divided. The Nordic-European Free Trade Association (EFTA) countries were in favor, as were Austria, France and GIPSI (Greece, Ireland, Portugal, Spain, and Italy), the indebted EU periphery. Abstaining were the United Kingdom, Germany and Netherlands. The Czech Republic voted against the resolution, along with five mini-states and hard-core USA-Israel ("Usrael")-Canada, for a total of 50 that were not in favor: only a quarter of the UN membership.

The General Assembly is the closest thing we have to world democracy; there is no big-power veto as in the Security Council. Israel does not have the support of any region, and the U.S. only insignificant and shaky world support. Memories of the Soviet Empire - dead 20 years - are fading, and mini-states are exactly that. U.S. clout does not even reach Afghanistan-Iraq-Libya, recently bombed-invaded-occupied. The UK remains, like a poodle to a master.

Read the vote in terms of a world regionalization process: A green light for the OIC; some politics needed in the Latin America-Caribbean, Africa and Asia regions. The Nordic-EFTA moral light is intact, and GIPSI, the new Third World, is joining the old. Germany, beware.

The U.S. is out of touch. Stop the drones and the killing; make a beautiful North America with Mexico and Canada (Robert Zoellick, "How U.S. can deepen ties in the Americas," Washington Post, November 29, 2012).

But empires also crumble from within through demoralization. For political demoralization, the basic factor is a lack of world clout. But watch the "fiscal cliff" process for doubts about the U.S. political process: two parties at loggerheads. No forgiving of mortgage debts, no creative lifting of the bottom 16% - many not knowing where the next meal will come from - into the economy, increasing domestic demand.

For economic demoralization, the basic factor is that the West is outcompeted. Add this observation from Robert J. Samuelson's "Why the recovery is feeble": "The financial crisis and Great Recession scared the wits out of most Americans " so now "[t]hey're cautious, risk-aversive and defensive. They're spending less and saving more" (Washington Post, November 25, 2012). Greg Smith's Why I left Goldman Sachs: A Wall Street Story defines good business as "flat commissions on transparent exchange-listed trades"; not exorbitant commissions, secret deals, obscure derivatives and bonuses and status linked to the gross credits the trader brings in. Not a single person imprisoned, but lobbies against new legislation.

For military demoralization, the basic factor is the U.S.-NATO losing. But watch the lifestyle affair of the former leadership of the U.S. Army in Afghanistan and the CIA killing machines: General Petraeus. Imagine the effect on soldiers risking their lives for an unwinnable and dubious war with the top fooling around. See Johann Strauss II's 1874 opera, Die Fledermaus, for the end of the Austrian-Hungarian empire.

For cultural demoralization the basic factor is a decreasing faith in U.S. exceptionalism, leading the world as the No. 1 power. The U.S. is No. 1 in claiming to be No. 1, in the mainstream media, in public figures ignoring what happens in the real world. Truth will dawn upon them.

For social demoralization, the "U.S. birthrate plummets to lowest level since 1920" (Tara Bahrampour, Washington Post, Nov. 30, 2012) "led by immigrant women hit hard by the recession." This may imply decline in the U.S. population and in tax revenue, as in much of the West. And the enormous gun violence.

Add it all up: the fall of the U.S. empire is on track.

Israel Needs a Regime Change from Within

How about Israel? Heading for a cliff of its own making: suicide.

The UN vote was on the 65th anniversary of the UN General Assembly Resolution 181 "United Nations Partition Plan for Palestine" following UN envoy Count Folke Bernadotte, later murdered by a right-wing Israeli. The problem is not Zionism but hard, revisionist Expansion-Occupation-Siege (E-O-S) Zionism driving Israel to the cliff. The November 2012 UN vote legitimized Palestine and delegitimized that kind of Israel. Much will follow in multi- and bilateral diplomacy and NGOs; in spite of "Usrael" threats.

But Israel had to react to the rockets! Yes, by dropping E-O-S for "2-6-20+": two states in a six-state community with Arab neighbors in a 20+ state organization for security and cooperation, with a nuclear-free zone. But Israel instead is delegitimizing itself, choosing violence, Hamas-Hizbollah rockets, dirty bombs, Iron Domes, David's Sling, huge 9/11 underground shelters. Israel buried underground in a sui-sociocide.

Israel also reacts to nonviolence - boycott, non-cooperation, civil disobedience - with violence, as they did against boats trying to break the siege. And delegitimizes itself even further.

Together with mainstream U.S.-Israel, "Usrael" tries to control the discourse by branding all critics as anti-Semites, self-hating Jews, etc. A non-starter in democracies. Jimmy Carter, Desmond Tutu, Noam Chomsky, Norman Finkelstein and Richard Falk, to mention some recently branded that way, are neither anti-Jewish nor anti-Israel, but use transparency and dialogue - the hallmarks of democracy - constructively. Stifle that, and we get two elites listening only to themselves.

Israel is out of touch. A regime change from within is needed.